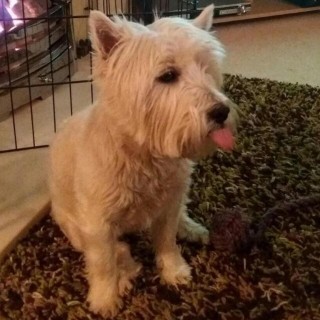 I started this blog, with the prompting of a friend, as I often found myself with nothing to say in company, whilst full of ideas and thoughts when I was on my own. It became, and still is, difficult to communicate verbally with society and therefore I was stuck, inert, with no outlet for my ideas, thoughts and moreover my personality. I guess I was frightened what people would say. It is a fear that is crippling. I decided instead to write things down as there are only so many conversations you can have with yourself before becoming sick of the sound of your own voice. This is true even when you do different accents... These words stare into my very existence, they demonstrate what I would describe as my ridiculously dizzy and dark sense of humour. I flit intermittently between the two as my timeline demonstrates. I take very little time at all to create my posts, they are a momentary snapshot of what I think at that point in my life, before my stimuli seeking mind is off again, whirring like an uncontrollable and hapless pigeon in a hurricane. Primarily I believe I am just daft and dizzy, it is however something I have hidden away from the World, well most of the World, until now. I dream of happiness, and want nothing more for anyone than the ability to feel that warmth within. I think if I can help in any way with that, then I am doing okay. If I can help others, I will ultimately help myself. Giving joy and laughter is fab. One day, somebody may give some back to me. I suffer in the dark shadow of despair, but deep down I know that there is no shadow cast without the light and warmth from the sun. Like the ageing shopkeeper, I do not necessarily expect people to purchase the thoughts I share, but it would be nice from time to time, if people would simply wander into my mind, browse for a while and perhaps stop for a chat, a cup of coffee, and some home made cake...Please don't worry though, if you break anything you do not have to buy it.

Spilled blood it trickles down the stairs,

This blood that once ran through my veins,

Is now a story to be told.

Once again he found himself sat, staring.

“Wouldn’t it be great if someone caught his eye” he thought,

That would give him the opportunity, excuse, the reason to do what he did best, out and out destruction.

But until then he would sit just waiting to erupt, like a dormant volcano, sat, still, convincing all of those around him that there was nothing to worry about, that all was well. But it wasn’t,no,  he wasn’t well.

They said that the last episode was an attempt to make right the death of his father. What did they know? He would never make that right, that would remain a fact regardless of how many times he sought redemption.

Out of nowhere, she smiled, she even seemed to mouth the word hello, but by then the opportunity had passed. He’d missed it, and now his frustration turned inward. As good as he was with his fists, he managed to beat himself up without leaving any obvious marks or bruises. But then the deepest wounds were not always visible.

She’d escaped, and she didn’t even realise. She was lucky, fate had patted her on the back before she walked on by. Gone, she had to be forgotten.

The next one, the next one, they wouldn’t, they’d be lucky to remember the day, let alone the incident, the attack, he chuckled, half coughing on last night’s cigarettes, half tasty the adrenaline.

And feel the cold.

When the early sun does shine,

Where skies are cloudless blue,

Birds sing with the warmest heart,

Of times we all once knew,

Through darkness and adversity,

Emerging so much stronger then,

A phoenix from the flames,

My hope is that the darker days,

Are in my past for good,

That I can once again just be,

The person that I should,

My tale’s not told for empathy,

If I can live through all of this,

There’s always hope for you.

I knew a tale about a lad,

It started bleak and ended sad,

He ran away from what he lacked,

But the circus they just sent him back.

I  was reading in the library,

When I heard a tale most vile,

I had to listen carefully,

As it was whispered in the aisle,

The one that we all liked,

With an old rock climbing spike,

Now the rest of this grim tale,

The details I can’t repeat,

Well he colluded with the butcher,

Who sold the man as meat,

So please be careful people,

If it’s burgers that you buy,

Whilst it may not be horsemeat,

It could be the other guy.